Old English Aerosol Spray furniture polish is a smart choice when it comes to quickly and easily rendering your wood furniture dust-free. Enjoy a layer of protection from liquid drips, fingerprints, food glops and other everyday stains. The oils in this spray mist help condition wood surfaces without waxy buildup.

For Wood, Old and New

Old English wood furniture solutions ensure your old wood looks new, and your new wood gets old. In other words, Old English cleaner, polish and Scratch Cover have been specially formulated to shine and protect wood surfaces, as well as preserve them. With over a century of trusted use in both modern and historic homes, Old English is the smart choice when it comes to the beauty of your wood. Plus, its soothing lemon and almond scents add to the warmth that wood brings to your home.

For a clean and beautiful shine that everybody loves to see in wood furniture, give your wood a little something special. Old English wood polish is conveniently offered in spray and oil formulas. Choose the spray when you want to cover large areas like desks, tables and floors. Opt for Old English Lemon Oil in the bottle when smaller surface areas need just a localized treatment, or when wood can benefit from a replenishing coat of mineral oil. Dust, clean, condition and protect your wood from moisture, stains and scratches.

Give a Little Tender Loving Care

If you’re new to Old English or you forgot to polish and protect your wood, never fear. Old English Scratch Cover has you – and your wood! – covered. This can be especially reassuring when you’ve got abrasive chairs, claws and fingernails doing their worst. Simply identify your stain, Light Woods or Dark Woods, and apply to cabinets, furniture, paneling and floors to hide unsightly nicks and scratches. If you’ve got wood damage, you need Old English Scratch Cover to bring out the natural beauty of your wood surfaces.

Ideal For All Types of Wood

Whether your wood cabinets, tables, desks and chairs have light or dark wood finishes, Old English Lemon Oil can bring out their sheen. It’s safe and effective for use on birch, pine, maple, oak, hickory and many other types of solid wood. Plus, you can trust your cherished antique furniture to Old English, too. 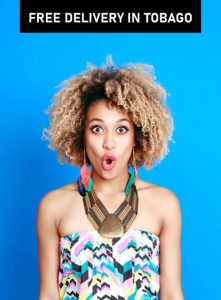